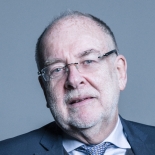 
My Lords, I am obliged to the noble Baroness, Lady Williams, for her clear but inevitably incomplete description of the Bill. Her incomplete description of it is not her fault. We support some of the measures in the Bill, in particular those that seek to increase penalties for sexual and violent crime, but the presentation of the Bill in this form is an affront to the rule of law and the role of Parliament: 177 clauses, 20 schedules, 62 new delegated lawmaking powers and amendments to 39 other statutes. Our constitution requires legislation such as this, particularly because it affects the liberty of the subject, to be properly scrutinised by both Houses of Parliament. With a Bill this size, that is well nigh impossible. Introducing a Bill in this way at this time does not accept, as the Government should, the limitations of time on a parliamentary process.

Quite separately from those complaints that I have about the Bill, the Delegated Powers Committee of this House has delivered a report which makes it absolutely clear that it takes considerable offence to a number of the Bill’s provisions that are giving power to the Executive to pass guidance; in particular, those that will give Ministers undue power because the effect of failing to comply with that guidance will lead to consequences in court, which will have an effect on the citizen. This is not the way to legislate. Yes, there are certain things that need to be done as far as the criminal justice system is concerned, but this Government should prioritise what those things are and then do them.

The Lord Chancellor said in another place that this Bill was designed to increase—or, in his words, restore—faith in the criminal justice system. It does not do that. There were things that he could have done to restore that faith, which is urgently required. I shall identify three things to indicate that. In the year to March 2021, a staggering 21.8% of victims said that they wanted to abandon their criminal case because they were fed up with the system—that is 945,000 cases involving the victims withdrawing their co-operation. A survey by Vera Baird, the Victims’ Commissioner, said that one-third of victims took the view that they would not report a crime again because of the experience they had had in the criminal justice system. As everybody in this House knows, because it has been repeated time and again, the number of complaints of rape goes up every year while the number of rape prosecutions goes down, and the number of convictions goes down as well.

Yes, we do need improvements to the criminal justice system, but a Christmas tree Bill of this size is not the way to deal with it. It is not possible in the time allotted either to me or to any of us to identify every single issue in relation to the Bill, but I will identify 11 issues that may be worth further consideration.

The first is on the policing of protests. The Minister will have seen what the Joint Committee on Human Rights has said in relation to the provisions that have been taken. It says absolutely explicitly that the Government have got the balance wrong between the right to protest and the powers being given to the Executive. To give the Executive the power to ban demonstrations because they make excessive noise is not proportionate; you would expect demonstrations to make noise and we will be looking in some detail at those provisions.

Secondly, there is the issue of unauthorised encampments in Clauses 62 to 64. These go much further than the Minister said. Contrary to what she specifically said, they are an attack on the Roma or Gypsy way of life. It is not necessary and, furthermore, it is not supported by the National Police Chiefs’ Council. It is something the Government have done which goes much further than necessary.

Thirdly, the Bill does not bring into effect right across the country Section 28 of the Youth Justice and Criminal Evidence Act 1999. If that section had been brought into effect, it would have allowed and led to the ability—right across the country—of victims of severe sexual assault to give their evidence straightaway before a judge. They would be cross-examined about it, but the film of that evidence would then be played at the trial at a much later date. That would allow the victim to avoid that awful period as they wait for the trial to take place. But the Lord Chancellor said in another place only that it should be further piloted. Why is it not being introduced right across the country? A reason given is because there are not enough judges to do it, and there would need to be judges to hear the evidence of the victim. Apart from offences leading to death—primarily murder and manslaughter—it is hard to imagine a higher priority for the judiciary than hearing serious rape and sexual violence cases, so the absence of judicial resource does not seem a good excuse. We would strongly urge that it be rolled out and will introduce an amendment to that effect.

Fourthly, I welcome what the Minister said about the extraction of information from the mobile phones of victims of serious sexual assault. Subsequent to the deliberations of another place, I think, a code of practice was produced as to the circumstances in which the extraction of material from mobile phones could be done. We share the concerns that that code of practice does not adequately protect the interests of victims. In particular, it needs some sort of third party to protect their interests in relation to that; again, that will be debated. I would be very interested if the Minister could indicate to me what protections for the owner of the mobile phone are contained in the code of practice, and whether they can be strengthened.

Fifthly, we think that there should be, subject to judicial discretion in appropriate cases, a minimum sentence for rape of seven years. The answer given by Ministers in another place was, “Well, two-thirds of people convicted of rape get seven years or more now, so why do you need a minimum sentence?” The answer is: so that it is clear what the view of the legislature is on the gravity of that crime. There needs to be some degree of judicial discretion, but that could be built in.

Sixthly, we take the view that the Bill should have addressed as a priority the problem of sexually offending behaviour and provided greater protection. Three specific steps were proposed in the other place. First, a whole-life term should be the starting point for a murder that involved the abduction and sexual assault of the victim. Secondly, there should be an independent review of the sentencing code in relation to domestic homicides. Thirdly, there should be a power to sentence offenders for up to two years if they identify an anonymous complainant in a case involving rape or serious sexual assault.

Last Thursday—I may have got the date wrong—the Government announced an independent review of the sentencing structure for domestic homicide. Clare Wade, a Queen’s Counsel, has been appointed to review the sentencing framework. I do not know and have not seen the terms of reference of that framework. Could the Minister set out what they are and indicate what the relationship of that review is to sentencing guidelines and the Sentencing Council?

Seventhly, this is a perfect opportunity to deal with the Vagrancy Act 1825, which makes it a crime, in effect, to be street homeless. Are the Government, who have been broadly supportive of changes to the Vagrancy Act, willing to see it repealed? An argument given in the past as to why it should not be repealed was that you need something to deal with “aggressive begging”. We on this side of the House believe that that is already covered by other legislation.

Eighthly, this is the opportunity to deal with indeterminate public protection sentences. We recognise the problem that there are certain people whom it would be difficult to release, but they should be a very exceptional and small category. Perhaps they should be a category of people upon whom, if there had not been an IPP sentence, a life sentence would have been passed instead of the IPP. It may well be that everybody else—the number is going up, not down, over a definitive period—should be released.

Ninthly, it was said in another place that the offence of assaulting a shop worker would be actively considered. Shop workers have been rightly praised for keeping the country and the economy going during the pandemic. We need a bit more than warm words. The Minister in the other place said that they would consider it. Can the Minister in this place tell us where they have got to in relation to that?

Tenthly, I understand that the Government are going to introduce in this place amendments in relation to the serious issue of pet theft, although I may be wrong. Could the Minister explain the position on that?

Finally, I turn to the issue of the children of mothers in prison. Time and again, prison sentences for mothers victimise their children. The Human Rights Committee of both Houses said that this is a perfect opportunity to deal with that issue, if on no other basis than that proper information and data be collected. I did not give the Minister notice that I would raise this issue, but if she could deal with it when it is convenient—perhaps not today but on another occasion—I would be grateful.

Separately from the things that we think are right—we have no problem with the police covenant or, as I have indicated, some of the strengthening of sentencing—we would like to focus on those eleven areas. I do not treat them as exclusive, and no doubt there are many things I have omitted, but this Bill is simply a scattergun that will not do enough for criminal justice.

I very much hope that, on 27 October, the key thing we will hear in the comprehensive spending review is that the criminal justice system will be properly funded and that recompense will be made for the 25% of funding that has been taken away from it by this Government.