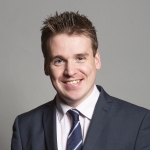 
I could not agree more. I have the University of Suffolk in in my constituency, whose students have visited Parliament, and I was very happy to receive them. It provides a good opportunity for university students to engage with their elected representatives and understand how Parliament operates.

The £9,250 fee means that those leaving university have an average debt of £45,000. It is not a particularly pernicious form of debt, but it still has interest applied to it. That debt has to be paid over a number of years, often decades. In fact, it is thought that only 25% pay it back in full—the interest and the amount borrowed—while 75% do not. The concern about the level of fees is that it could put off young people from the most disadvantaged backgrounds from attending university. The Education Committee published a report not long ago on white working-class kids, and found that they were the least likely of any group to be represented in higher education, with only 12% of white boys eligible for free school meals ending up in university. I think the percentage was slightly higher for girls, at around 15% or 16%. That is a point that the Government need to consider.

Repayment does not kick in until someone is earning £28,000, but that can still be difficult for people who are trying to get by. As I saw when I was trying to get a mortgage, it is taken into account by mortgage providers. It does not impact a person’s credit rating, but it does impact their likely success in getting a mortgage. I have sat there and looked at my monthly outgoings and ingoings, and clearly, if a certain amount is going out over a long period, that does not make it any easier to get a mortgage.

There are two slightly separate issues here. There is the question whether, in the medium to long term, tuition fees should be decreased, but there is also the impact of the pandemic and the question whether or not there should be a partial or full reduction for young people who have been impacted by the pandemic over the last 22 months. It is important that we bear in mind how young people and their mental health have been impacted.

We know that university is not just about the academic side of things. It is also about the social side of things. For many young people, the experience of going to university is transformative in terms of their outlook, personal development and access to university societies and everything else. I was fortunate when I went to university. The first year enabled me to get used to living in a large city, away from my family. Of course, the first year is when students make friends, and they are often the people they live with in their second and third years. I feel great sympathy for young people who have had that opportunity taken away from them.

I have also on occasion been quite critical of some universities, lecturers and university unions that in my view have not always done everything they can to get back to proper, in-person teaching. My understanding is that, at the start of this term, only four out of the top 27 universities had actually gone back fully to in-person teaching. I question whether that is appropriate, and I also question whether now is the time to be talking about strikes, when university students have already had their education impacted so much. I appreciate that often it is a hybrid approach, whereby seminars and tuition are done in person while lectures are done online, but I also talk to many university students who would really appreciate in-person lectures because the virtual ones are no substitute for accessing lectures given by experienced academics. It is not quite the same level of tuition as they were getting before the pandemic. In fact, a Times survey of students who started university before the pandemic showed that 60% thought that their education had been either severely or moderately impacted during the pandemic. I think that many students share that view. I understand that some universities have made arrangements for partial reductions, but I am not sure how significant that is and, of course, the majority of universities have not done that.

I have some concerns about whether decreasing tuition fees from £9,250 to £3,000 would be the right thing to do in the long term. As I said earlier in my speech, 75% end up not paying back their debts in full. Currently the Government lend £17 billion in loans. In March 2021, I believe that the outstanding amount was £141 billion, which is a significant amount of money. If we decrease the £9,250 to £3,000, who would fund that? Would it be the taxpayer? Ultimately, I think that is what we would be looking at: more taxpayer subsidy for university education. 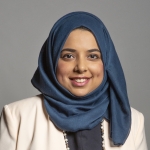 
Interim results of a Muslim Census survey show that almost 10,000 Muslim students are foregoing university or are being forced to self-pay. In 2013, the then Prime Minister, David Cameron, committed to looking into options for alternative student finance for those who want to access higher education but not pay interest. Does the hon. Gentleman agree that it is high time that the Government pick up that work from 2013 and look at and present the options for the many students affected across the country?


I do think it is important that the Government look at access to university education and ways of making it more affordable, but I also believe that the taxpayer is a key stakeholder. I will come on to that very shortly. There is a fundamental question whether we think it is the right thing for 50% of people to go university. That was the aspiration of the last Labour Government and I am glad that the current Government abandoned that 50% target. I do not think that that was the right thing to do. Many of those 50% going to university will benefit from it, get skills and qualifications, and make a very positive contribution. However, the reality is that, because the education system has not in the past created multiple pathways for young people, including technical education or an apprenticeship, young people kind of meander aimlessly into university, under pressure from their school and their parents, when university is perhaps not right for them. There is no God-given right to go to university for three years, perhaps to study a course that is not of great benefit to the country, so I question whether that is the right approach.

It is critical for levelling up that we invest in apprenticeships and skills. For those growing up, there should be an academic pathway, and those convinced that that is the route for them should be encouraged to go down that route, but people should not end up in university simply because there is no alternative, which often happens. If we are arguing for greater taxpayer subsidy of university education, surely it is reasonable for the taxpayer and the Government to have a far greater say in who goes to university, what they study and how that benefits UK plc, because at the moment there is not always a sense that that is the case.

I think there is great sympathy from all Members for what university students have had to go through over the last 22 months, and there is a reasonable case for their not having to pay full tuition fees for what has been a disrupted educational experience, with almost none of the same advantages, in terms of societies and socialisation. However, in the long term, the Government are right to focus on the further education White Paper and on getting rid of the 50% target, and realising that it is not all about university. It is not unreasonable to consider the taxpayer. Often, those on reasonably low incomes, who work hard, actually subsidise the university education of people from more privileged backgrounds, who may or may not be undertaking a course that is beneficial to UK plc. That is not reasonable.

I do not support the petition with the higher education system as it is currently is. If we had a much smaller pool of university students, perhaps we could consider it at that time, but I do not believe that it is in the taxpayers’ interest to back this petition.


It is a pleasure to serve under your chairmanship, Ms McVey.

I know from speaking to students that many face extreme financial hardship as a result of the covid-19 crisis. In fact, the National Union of Students criticised the Government for ignoring the needs of students throughout the pandemic, but this goes back further, because successive Conservative Governments have failed our young people, who have been disproportionately hit by austerity. Under the Tories, young people have struggled, even when they are in work, to get a decent start in their adult lives. The Tories have run down our aspirations and standards and shattered our local communities, so that people increasingly believe that young people’s lives will be worse than their own generation’s.

This is not just about education maintenance cuts, enormous hikes in tuition fees and the burden of soaring debts. The whole current university system compounds inequality. In particular, a 2017 report found that students from poorer backgrounds are deterred from applying to university due to the fear of student loan debt. Meanwhile, in recent decades universities have been treated as private businesses, left at the mercy of market forces while top salaries soar, so it is no coincidence that the University and College Union is currently balloting staff at over 150 universities across the UK on cuts to pensions, pay and the attack on working conditions. As Jo Grady, the UCU general secretary, said:

“If the government pushes through regressive student loan changes,”

“a tax on education and aspiration.”

Any move to lower the salary threshold at which students repay their loans would be regressive and would further risk less-privileged students being put off entering higher education. At a time when the economy is crying out for a skilled and educated workforce, it makes no sense for the Government to deny young people access to the education that they need.

I agree that tuition fees of £9,250 a year are just too high—I oppose tuition fees altogether. The lesson from the Government’s tuition fee fiasco is simple: use progressive taxation, by taxing wealthy working adults, to invest properly in public universities. That way, every student can access free higher education. We all benefit from an educated society. Education fosters and nurtures people’s talents, and overcomes injustice and inequalities.


Does the hon. Member agree that sometimes young people have ended up in university when they could have been better off doing an apprenticeship or engaging in technical education?


I agree that a number of different options should be, and are, available for students across the country, but a significant number of young people who would like to go into higher education do not feel that that option is open to them.

Education fosters and nurtures people’s talents, overcomes injustice and inequalities, and helps us to understand each other and form social connections. I am proud that Labour’s 2017 and 2019 manifestoes committed to ending the failed obsession with the free market in higher education, to abolishing tuition fees, and to bringing back maintenance grants at the required level. Education must be a universal right, not a costly privilege. A thriving higher education sector is critical to our economy, our culture and, ultimately, our future.