Department Debates - View all Patricia Gibson's debates with the Department for Business, Energy and Industrial Strategy 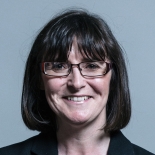 
I thank my hon. Friend the Member for Linlithgow and East Falkirk (Martyn Day) for his comprehensive exposition of the issue we are debating today. I want to echo the tributes paid to David Amess. We very much feel his presence in this debate, despite his absence, as a great champion of animal welfare. I am sure his colleagues in the main Chamber, who are currently debating the Animal Welfare (Kept Animals) Bill, have David Amess at the forefront of their minds as well.

I know how interested my constituents in North Ayrshire and Arran are in this issue, as I suspect citizens across the UK are, as evidenced by the tens of thousands of signatures to the petitions we are debating. That can be said with some confidence because of a survey carried out by the UK charity, FRAME, which undertakes research into alternatives to animal testing. In a survey conducted last year, it found that 84% of respondents would not buy cosmetics if they knew that any of their ingredients had been tested on animals. Based on my experience as an MP in this House since 2015, I can say without hesitation or equivocation that I receive more emails about animal welfare-related issues than about any other issue currently facing politicians or this Parliament today. I can see some nods of agreement. I am sure we are all in the same boat in that regard. People care about animal welfare issues profoundly and deeply. It is something that I think every constituent shares with every other constituent. There is no disagreement on it and we have to take note of it.

The sad fact is that, despite widespread public abhorrence of animal testing, it is a significant industry in the UK. Home Office statistics show that 3.4 million procedures involving animals took place across the UK in 2019. Unfortunately, there is growing consensus that not enough is being done truly to represent a significant and consistent decrease in animal experiments. We have heard much about that today.

Evidence shows that people in Scotland and Wales believe that more should be done to prioritise humane and human-relevant science. I suspect that the good people of England feel exactly the same. It is clear that the overwhelming majority of people believe that where alternative non-animal research methods are available, experimenting on animals becomes even more unacceptable. It is worrying to learn that animal tests have been undertaken in Europe and the UK for which there are accepted, validated alternatives. What my North Ayrshire and Arran constituents and I what to know is: why is testing in such circumstances permitted? Why is it, for example, that tests are carried out where a substance is dropped into the eyes of a live rabbit that causes damage and blindness or where a lethal dose of botulinum is injected into mice that causes paralysis and suffocation within days, as documented in the short briefing from Cruelty Free International? Why are these tests carried out when non-animal viable alternatives are available?

When asked about specific species in research, the overwhelming view of the public is that testing on animals such as dogs, cats and monkeys is unacceptable and that alternatives to animal testing should be a funding priority for science and innovation, yet the UK remains one of the top users of primates and dogs in experiments in all of Europe. We know that recent developments in evolutionary and developmental biology and genetics have significantly increased our understanding of why animals have no predictive value for the human response to drugs or the pathophysiology of human diseases.

What is needed—what my constituents want to see—is the UK Government to mandate a rigorous public scientific hearing to reduce the unnecessary harm involved in animal experiments and ban this immoral practice, pursuing alternatives instead. We need greater transparency in the animal research industry and a commitment by the UK Government to understand the sentience of animals and their welfare in relation to the outdated methods of animal testing.

I am sure that my constituents and those of every Member in this Chamber would be shocked to learn that although the Animal Welfare (Sentience) Bill enshrines in law the ability of animals to experience joy and feel suffering and pain, the UK Government do not recognise animals undergoing scientific experiments as having sentient rights, as they are excluded from the protection of the Animal Welfare Act 2006 and its “unnecessary suffering” clause. That is an unacceptable state of affairs, especially in view of the fact that in a previous debate in which I participated, on the testing of cosmetics in animals, the then Minister, the right hon. Member for Camborne and Redruth (George Eustice), said that testing on animals is carried out

Clearly, that is not the case—perhaps the Minister can comment on that and provide clarification—as has been pointed out in some detail by my hon. Friend the Member for Linlithgow and East Falkirk. There is an apparent contradiction, so I hope that the Minister can clear it up today.

New approach methodologies do not use animals and instead use advanced in vitro and in silico technologies to model diseases, test treatments and investigate biological processes in humans. With the new medicines manufacturing innovation centre to be based in Renfrewshire, we in Scotland are well placed to spearhead a paradigm shift to next-generation human-relevant medicine. That is the kind of shift that we need to see and which our constituents want to see, as the hon. Member for Putney (Fleur Anderson) indicated.

In the debate on 1 May 2018, I remember the right hon. Member for Camborne and Redruth saying that the Government would continue to tighten regulations on animal testing. Will the Minister tell us today what tightening of regulations has taken place over the past three and a half years since the previous Minister gave that commitment? It is also the case that, in that debate, the right hon. Member for Camborne and Redruth said that an independent trade policy would provide “opportunities” to look at this issue. Will this Minister tell us what exactly has been looked and what actions that looking has brought about, as I am sure we are all keen to know? I hope it is not the case that we have had three and a half years of drift and delay on this matter, because that would be most disappointing.

We have been told repeatedly that Brexit offers the opportunity to raise the bar on the quality of the products that we import, as well as on animal welfare issues. My inbox—I am sure many other Members would echo this—is filled with messages from constituents who fear that standards will fall, not rise. Nevertheless, if Brexit really does offer that opportunity, as we have been told, to go further on issues such as animal testing than we did before, can the Minister update us on what advantages have been taken so far of these much-lauded opportunities, which were so loudly proclaimed at the time? Again, I am sure that we are all keen to know.

Like many in this Chamber, I represent tens of thousands of constituents who are very exercised about these matters, so I hope that the Minister can reassure us on these points and the other questions raised today. We are keen to hear progress on this issue since anything that is, or is perceived to be, unnecessary cruelty to animals is anathema to the overwhelming majority of people, and has no place in our society.