Trade Deals and the NHS 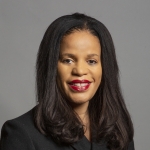 
It is a pleasure to serve under your chairmanship, Sir David. I thank the hon. Member for Islwyn (Chris Evans) for securing this important debate.

Taken together, these five petitions reflect the inexcusable way that students have been treated during this pandemic. I share the sentiment behind each of them, and I stand in solidarity with the students in Leicester and across the country who have stood up against their mistreatment, but I believe that the demands of the petitions, which focus on partial rebates of tuition fees, do not go far enough. After all, the current crisis is not the fault of students. It was this Government who failed to listen to trade unions and scientific experts and allowed students to attend universities just as coronavirus cases were beginning to rise.

In late August, the University and College Union warned against students returning to university. It rightly raised fears that the migration of more than 1 million students across the UK risked doing untold damage to people’s health and exacerbating the worst health crisis of our lifetimes. That was especially the case given the Government’s failure to introduce a properly functioning track-and-trace system and the fact that they do not have any UK-wide plans to test students and staff regularly. A few weeks after the University and College Union’s warning, the Government’s Scientific Advisory Group for Emergencies recommended a shift to online learning

“unless face-to-face teaching is absolutely essential”,

yet that was ignored too. The result has been as devastating as it was predictable.

I studied mathematics, statistics and computers for my first degree in Coventry, and I can tell hon. Members that the numbers do not add up. To date, there have been more than 45,000 positive cases of coronavirus on university campuses, including 500 at the University of Leicester and a further 500 at De Montfort University in my constituency of Leicester East. Leicester has been in perpetual lockdown, or special measures, for the longest time of any city, yet we still face those problems.

I pay tribute to all university staff across both universities in Leicester, who are producing innovative solutions, including in-house regular testing, which is unique to the University of Leicester, flexible accommodation contracts and blended learning. They are doing all that in exceptional, difficult circumstances to provide for our students in Leicester.

The fault does not rest with universities. According to the National Union of Students, 20% of students have confirmed that they will not be able to pay their rent and essential bills this term, and three in four students are anxious about paying their rent, which demonstrates that they are desperately in need of urgent financial support from the Government. As we have heard, students have been forced to stay in their university halls, which has placed an intolerable strain on their mental health. In some cases, fences have been built around the accommodation that, just months ago, students were assured would be safe to attend, and they are being forced to pay £9,000 per year for the privilege.

Under the Conservatives, universities have been treated as private businesses and left at the mercy of market forces while top salaries soar and students pay more for less. Tuition fees have trebled and maintenance grants have been scrapped, leaving the poorest graduates with an average debt of £57,000. A University of Manchester student said recently:

“We’re being treated as though we exist for profit, for money, and nothing else.”

Will the Minister tell universities to halt in-person teaching as soon as possible, help students stay at home after Christmas if necessary, and issue clear guidance about moving as much non-essential work as possible online, in line with other workplaces? The Government must work with student representatives to ensure that students are not forced to pay for the suffering that they have been forced to endure.

Will the Government move beyond that and scrap tuition fees for good? We all benefit from an educated society. Education is not just vital for our economy; it lets people develop their talents and overcome injustices and inequalities, and helps us understand each other and form social bonds. The last decade of extortionate tuition fees has been a failed experiment, which has saddled young people with debt, deterred working-class people from gaining a higher education and turned our universities into profit-seeking businesses. Can the Government simply follow the example of most of our European neighbours by scrapping fees and ensuring that young people are not punished for seeking an education?